The National Film and Television School offered its students the surprise of a lifetime in the midst of the United Kingdom going on lockdown. 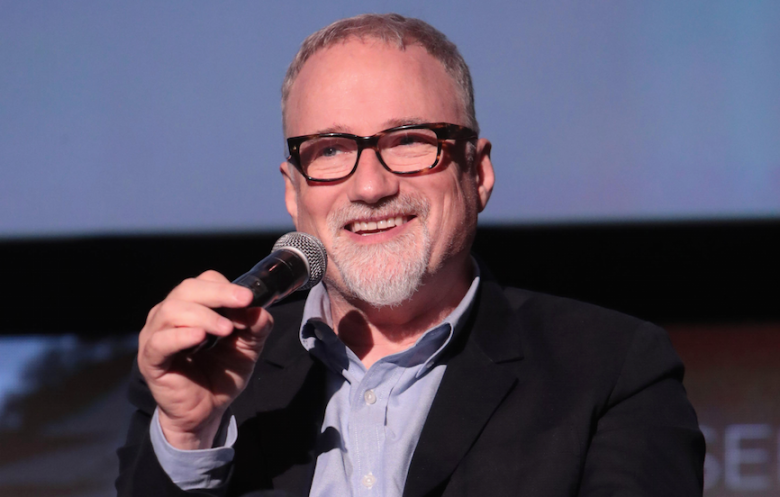 Students of the United Kingdom’s National Film and Television School got the surprise of a lifetime when David Fincher showed up on video chat to give a masterclass in filmmaking. The “Zodiac” and “Gone Girl” director famously does not partake in many press appearances or public events, which means his video masterclass was a rare opportunity to get face time with the filmmaker. The United Kingdom went into lockdown this week in an attempt to combat the coronavirus outbreak. Fincher’s masterclass was broadcast online through Zoom to 450 quarantined film students.

“It’s been a tough week so we wanted to do something to lift the spirits of the National Film and Television School students,” the school’s director Jon Wardle said in a statement. “So this afternoon 450 students sat down for a masterclass via Zoom with THE David Fincher. David is a legend.”

Fincher is currently at work on “Mank,” a biographical drama starring Gary Oldman as Oscar-winning “Citizen Kane” screenwriter Herman J. Mankiewicz. “Mank” is Fincher’s first feature directorial effort since 2014’s “Gone Girl.” The director worked on the Netflix serial killer drama series “Mindhunter” in the interim, both as an executive producer and the director of several episodes across the show’s two seasons. Fincher’s return to moviemaking is a big get for Netflix, which for now is still planning to release the film in 2020. Fincher also serves as a producer on Netflix’s animated anthology series “Love, Death, & Robots.”

Netflix shut down filming on all of its projects this month in the midst of the pandemic, but Fincher had already wrapped principal photography. The director’s longtime location manager William Doyle said in December that filming was past the halfway point at the time. “Mank” is written by Fincher’s late father and follows Mankiewicz as he struggles to overcome addiction and finish the “Citizen Kane” script. Doyle assured Fincher fans that “Mank” would be “not just a biopic about” the legendary writer. No official release date has been set.

A Masterclass with the one and only directing legend David Fincher has 100% lifted the spirits of @NFTSFilmTV students! A huge thank you to David for being so generous with his time and knowledge today 🙌 https://t.co/E7QxKRlASC

Sign Up: Stay on top of the latest breaking film and TV news! Sign up for our Email Newsletters here.

Kim and Kourtney Kardashian come to blows in full “reality”

The followers of the family Kardashian already aware of the friction between the sisters Kim and Kourtney. This time, however, a discussion came too far. In an episode of his reality, Keeping Up With the Kardashiansboth were involved in a discussions that were climbing up to come to blows.

The relationship between the Kardashians started to deteriorate some months ago, when Kourtney decided to leave the reality that takes 18 seasons, but as the wife of Kanye West did not like anything. For that reason, Kourtney, who now says that he wants to dedicate himself to his family life, and Kim, who wants to continue with the program, staged one of the most critical periods since the beginning of the program.

In the uncomfortable scene in the united States was last night in your program, the sisters, in the presence of Kendall and Khloé, they start pushing and end to the strikes.

“Do you think that I want to be in this negative environment all the days of my life?”, he told Kourtney all her sisters. “It’s torture”.

After the discussion, Khloé was very surprised with what happened. “Kim and I are really anodadas for how things escalated so fast. We don’t know where it comes from all of this. We know that there has been friction recently, but I don’t think any of us know that it was so strong. It is truly amazing that you have gone so far,” he said.

After you get to know the images of the fight, Kourtney Kardashian released a press statement where he sought to make it clear that they will no longer be part of the reality. “It is hard for me to see these first two episodes, but it is in these darkest moments where it reaches the overcoming. I finally had the courage to change what no longer was bringing me happiness and put my time and energy on what is. So choose happiness!”, he wrote in his account of Instagram.

For his part, Kim was invited to the program virtual of Jimmy Fallon, and explained that the level of violence surprised everyone, especially his mother Kris Jenner. He explained that what sparked the anger was the lack of clarity of his sister, who had not expressed his decision to leave and was on the set of reluctantly.

The show will offer lively and humorous chats between Horowitz — who is holed up in his New York apartment — and various entertainers who join him via a remote video connection. Will Arnett kicks off the series as the first guest.

Amid his own quarantine, Horowitz has been vocal on social media about his experience at home, sometimes giving comedic anecdotes. “Quarantine Josh eats grilled cheese. Otherwise I’m pretty much the same,” he tweeted Friday. On other occasions, he has asked his followers to list their favorite comfort movie and to pick the best of two rom-com film options, such as Nora Ephron’s Sleepless in Seattle and You’ve Got Mail.

© 2020 Condé Nast. All rights reserved. Use of this site constitutes acceptance of our User Agreement (updated 1/1/20) and Privacy Policy and Cookie Statement (updated 1/1/20) and Your California Privacy Rights. The New Yorker may earn a portion of sales from products that are purchased through our site as part of our Affiliate Partnerships with retailers. The material on this site may not be reproduced, distributed, transmitted, cached or otherwise used, except with the prior written permission of Condé Nast. Ad Choices