Today, I will continue the story of Bhishma.

Shantanu and Satyavati had two children: Chitrangad and Vichitravirya. They had an aging father and looked upon Bhishma, their older step brother as a father figure, who in turn, loved them and brought them up as his own sons and ensured that they learned everything required to become future kings. When Shantanu passed away, Chitrangad was crowned as the king and he ran the affairs of the kingdom under the guidance of Bhishma and Satyavati. During this period, Bhishma had an elevated status in the palace and was the king for all intents and purposes, except in name. However, he never even once forgot his vow and misused his position as the one running the show. Satyavati and her children, in turn, had a lot of respect and affection for Bhishma.

Chitrangad grew up to be a great king; however, he was killed by an angry Gandharva king who was his namesake (celestial musician cum warrior) in a duel while Bhishma was away on state affairs. Bhishma was inconsolable when he heard of the death of his beloved brave brother but Satyavati showed grit and resilience and asked Bhishma to crown her younger son as the king as Chitrangad had no children. Bhishma did as advised by Satyavati and put Vichitravirya on the throne of Hastinapur and started running the state affairs in his name, while at the same time teaching him the ropes of ruling a kingdom.

Years later, in the process of finding a bride for his half-brother, the young king Vichitravirya, Bhishma abducted princesses Amba, Ambika and Ambalika of Kashi from the assemblage of suitors at their swaymvara. Salwa, the ruler of Saubala, and Amba (the eldest princess) were in love; Salwa attempted to stop the abduction but was soundly beaten. Upon reaching Hastinapura, Amba confided in Bhishma that she wished to wed Salwa. Bhishma then sent her back to Salwa, who, bitter from his humiliating defeat at Bhishma’s hands, turned her down. She then retired to Bhishma for Vichitravirya who refused to accept citing the rules that what once given cannot be taken back. Amba then sorrowfully, repair to an asylum of ascetics out of city. She then explains everything to them. They made her meet with Parasurama. Hearing the words of the princess, Parasurama asked her motive. As per the words of ascetics, she asked him to slay that Bhishma of great vows, who is the root of her calamity.

Amba sought refuge with Parasurama, who ordered Bhishma to marry Amba, telling Bhishma it was his duty. Bhishma politely refused, saying that he was ready to give up his life at the command of his teacher but not the promise that he had made. Both mocks each other and upon the refusal, Parasurama called him for a fight at Kurukshetra. At the battlegrounds, while Bhishma was on a chariot, Parasurama was on foot. Bhishma requested Parasurama to also take a chariot and armour so that Bhishma would not have an unfair advantage. Parasurama blessed Bhishma with the power of divine vision and asked him to look again. When Bhishma looked at his guru with the divine eyesight, he saw the Earth as Parasurama’s chariot, the four Vedas as the horses, the Upanishads as the reins, Vayu (wind) as the Charioteer and the Vedic goddesses Gayatri, Savitri, and Saraswati as his armour. Bhishma got down from the chariot and sought the blessings of Parashurama to protect his dharma, along with permission to battle against his teacher. Pleased, Parashurama blessed him and advised him to protect his vow as Parasurama himself had to fight to uphold his word as given to Amba. They fought for 23 days, each knocking out other at a time, used even the celestial weapons, but each was too powerful to defeat the other. Their battle lasted for 23 days. But on 22nd night, he asked the gods to show him a way to vanquish Parasurama, at night. In his dream, his ancestors came and provided him the knowledge of Praswapa weapon, not known to any persons on earth.

On 23rd day of battle, when battle didn’t conclude, Bhishma attempted to use the Prashwapastra against Parashurama. This weapon was not known to Parasurama and would put the afflicted to sleep in the battlefield. Before Bhishma could release it, however, a voice from the sky warned him that “if he uses this weapon it would be a great insult towards his Guru.” Pitrs then appeared and obstructed the chariot of Parashurama, forbidding him from fighting any longer. At the behest of the divine sage Naradaand the gods, Parashurama ended the conflict and the battle was declared stale mate.(effect of any astra on parashurama is not clear as he is avatara of Lord Vishnu and chiranjivi).

In another version, Parashurama himself stopped the fight after twenty-three days, worried that the further use of powerful weapons may lead to the destruction of the world.

Parashurama narrated the events to Amba and told her to seek Bhishma’s protection. However, Amba refused to listen to Parashurama’s advice and left angrily declaring that she would achieve her objective by asceticism. Her predicament unchanged, she did severe austerities to please Shiva. She was cursed by Ganga, during her penances, when she didn’t listen to her words. Lord Shiva assured her that she would be born as a man named (Shikhandi) in her next birth (and still she would recall her past) and could be instrumental in Bhishma’s death, thus satisfying her vow. She then made funeral pyre of woods, on the banks of the Yamuna, setting fire to it herself entered that blazing fire with wrath, uttering-‘I do so for Bhishma’s destruction!’.

“I miss him!” – Mysskin reveals his pure love for Vishal!

In a recent interview, Mysskin was questioned on how he values love and forgiveness and why he scolded Vishal on stage, and Mysskin has opened up on his affection on Vishal. Mysskin has said that they have a problem which made Vishal angry, and he too got angry to explain his side. However he doesn’t want Vishal to apologise and that he has pure love on Vishal, as he’s his younger brother. 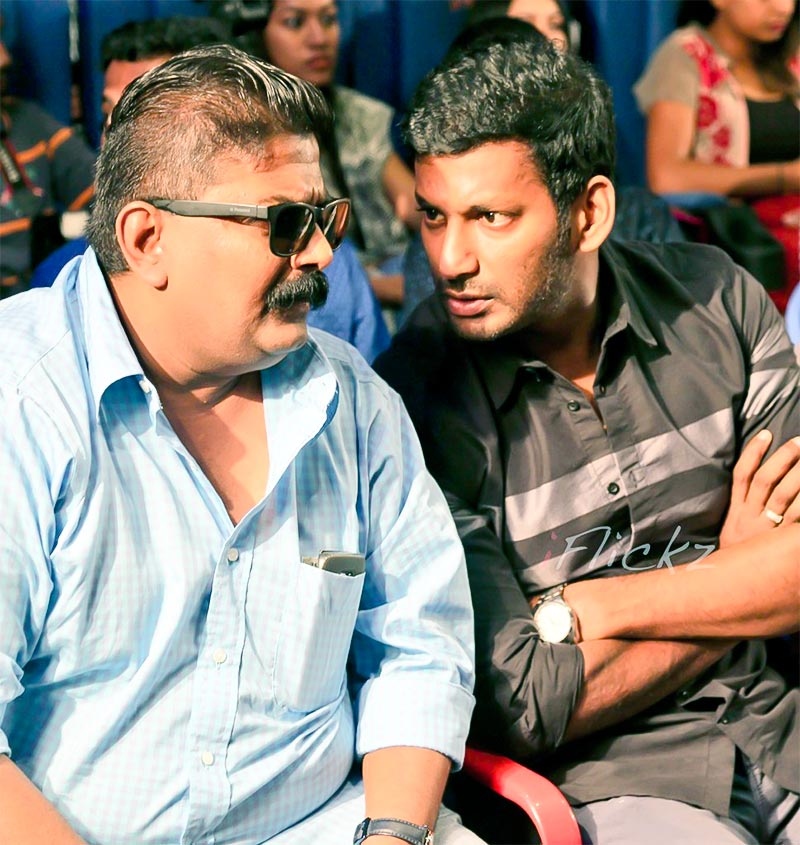 Mysskin further added that he misses Vishal now, as he’ll come weekly twice to his office, shout, kiss and twist his ears, and being a 6 feet tall guy he’ll be doing all such crazy things, which he’s missing now. The fight between us still exists, and neither of us will come down in this fight, said Mysskin. The director further added, Vishal is like a fire, and is a good actor who will be never question why and will jump even if I tell him to jump from a building’s fifth floor, only asking the position to jump.

Will there be Mahesh vs Allu Arjun again?

Mahesh Babu and Allu Arjun films are somehow finding same date to release from Naa Peru Surya and Bharat Ane Nenu time. In 2018, both avoided clash but in 2020, Ala Vaikuntapurramuloo and Sarileru Neekevvaru released in same season.

The clash resulted in both film teams fighting with collections posters and war about the real and fake as become so strong that most of the Industry was thought to be divided as two groups at that time.

Well, no one really supported the collection clash and few people said that producers should give out numbers like Hollywood do to a genuine source which will then compile and release. We don’t know if that system will ever come into existence in Telugu Cinema. 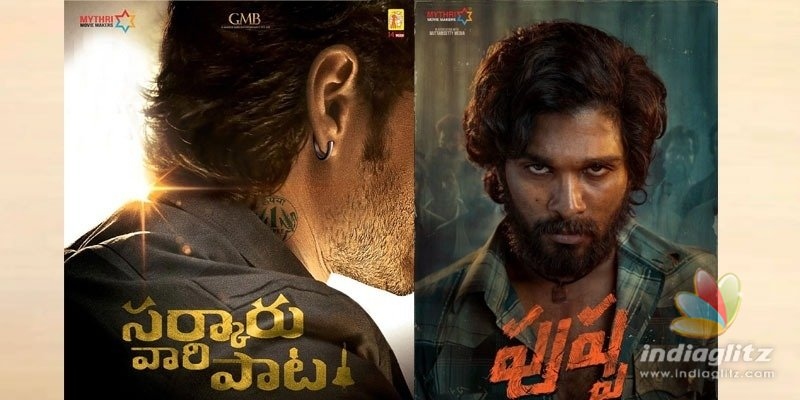 Now, we hear that Pushpa and Sarkaru Vaari Paata are also coming during 2021 Summer it seems. Parasuram wants to release SVP for sure during Summer and we can’t say about the same as Pushpa. Sukumar is planning to wrap up shooting in six months time at a stretch with few gaps.

Jackie Shroff regrets not getting to share screen with Rishi Kapoor, says, ‘We’ve lost a precious jewel of the crown’

Bollywood is heartbroken. In a span of two days, we lost Irrfan Khan and Rishi Kapoor. There are many who are regretting not getting the opportunity to work with or having met one of the two. Jackie Shroff who shared a warm rapport with Rishi Kapoor has lamented how despite working in three films together, they never got scenes where they had to face each other. In an interview to Hindustan Times, Shroff shared, “Chintuji always used to tell me, ‘Jaggu dada, I want to do a film opposite you. We’ve worked together in so many movies but never faced each other on camera.’ Him being a senior to me and one of the finest actors of the industry, I so wanted to act with him. I feel sad that this wish never will come true now. We’ve lost a precious jewel of the crown.” Rishi Kapoor was diagnosed with cancer two years back. He travelled to the US for treatment. They have worked together in films like Azaad Desh Ke Gulam (1990), Aurangzeb (2013) and Chalk n Duster (2016). Also Read – ‘Rishi Kapoor had choked up,’ says noted film distributor Raj Bansal, recollecting how his dear friend revealed his cancer news

Rishi Kapoor was a matinee idol for many kids growing up in the 70’s. Jackie Shroff was also a huge fan of the star. He said, “I remember his film Bobby (1973) had released and he shot to fame overnight. I was hanging around the Pastry Palace in Mumbai and I saw him there for the first time. I was like, ‘Wao, Rishi Kapoor!’ I wasn’t an actor then and seeing a superstar was like a fan moment to me and I never knew that one day, we would share such great camaraderie.” After his death, Tiger Shroff took to Twitter and wrote, “Absolutely shattered upon hearing the news of Chintu uncle passing away. The only consoling thought is that he isn’t suffering wherever he is… rest in peace sir.” Also Read – Riddhima Kapoor Sahni shares a picture of Rishi Kapoor dancing with his mom, Krishna Raj Kapoor

Jackie Shroff further told the newspaper, “I couldn’t do what he could. Neither I could dance like him nor romance. He would meet people with a big warm hug and was so jovial and always sharing good vibes. I could always feel that affection from a senior not just for myself but for Tiger (son, Tiger Shroff) as well. We would ring up and discuss Tiger’s performance in his recent movies. Coming from him really meant a lot to me.” Also Read – RIP Rishi Kapoor: Imtiaz Ali remembers the superstar as he shares a THROWBACK video of him dancing at his brother’s wedding in Kashmir