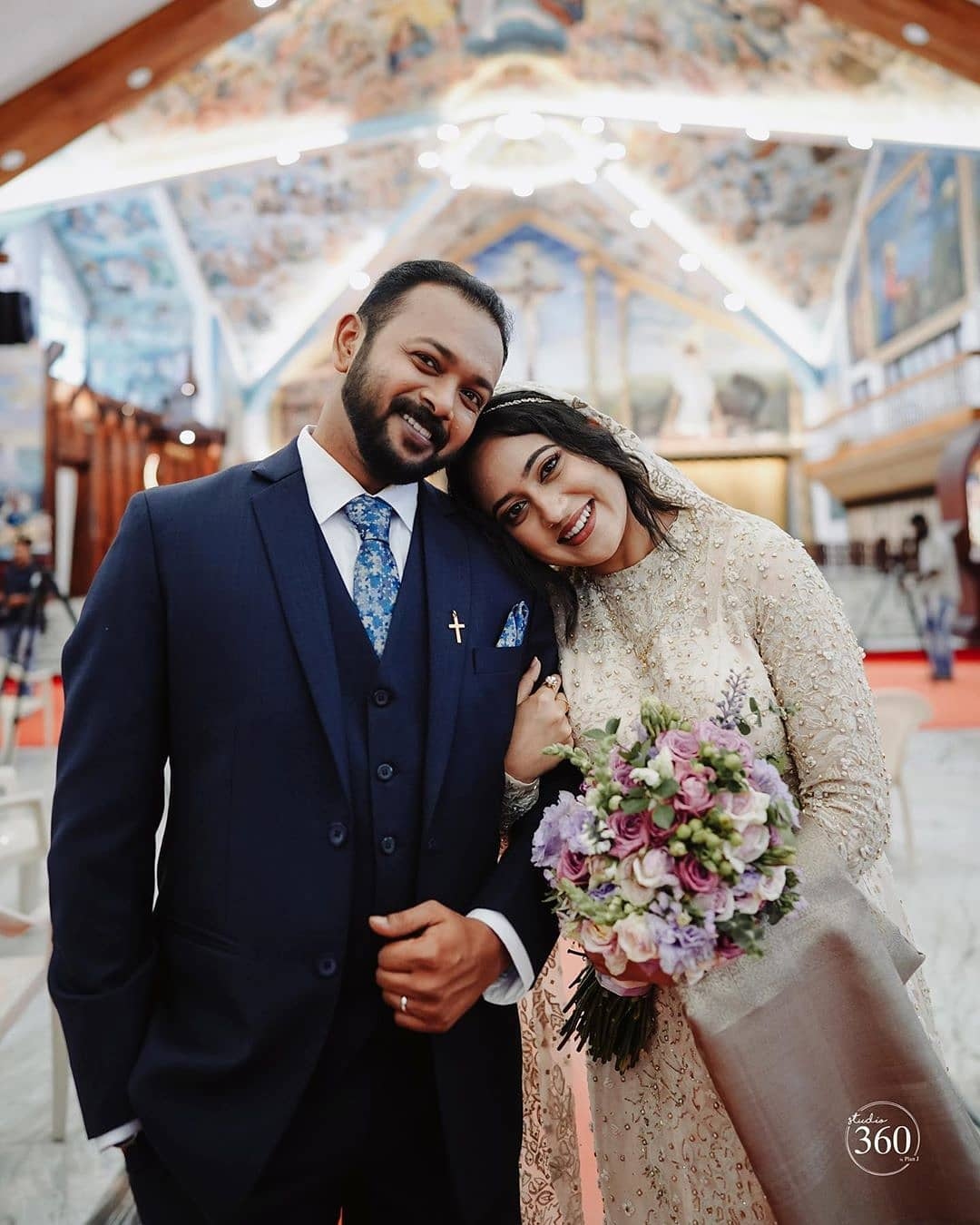 Speaking to the media after the ceremony, the actress said that she is moving to Kochi to live with Ashwin’s family. She also clarified that she will not quit acting in cinema after marriage. 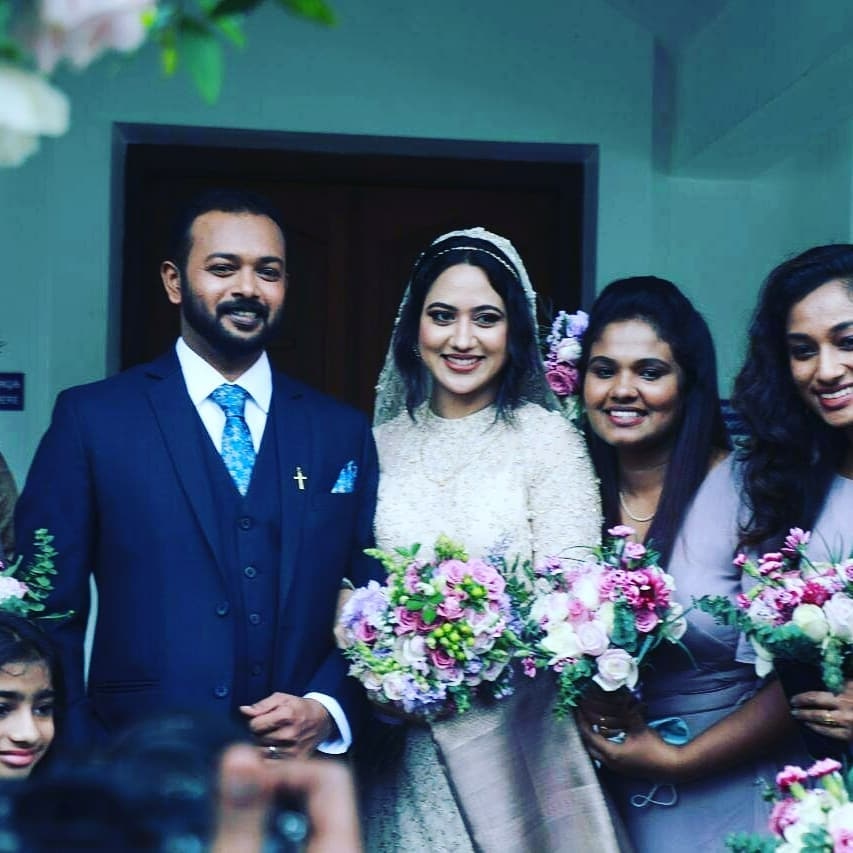 Pictures from the private ceremony have surfaced online and have gone viral. While Ashwin looked dapper in a suit, Miya looked elegant as usual in an offwhite gown with sequence and lace detailing. In some of the pictures, the actress is seen wearing a matching mask that complimented the wedding look. 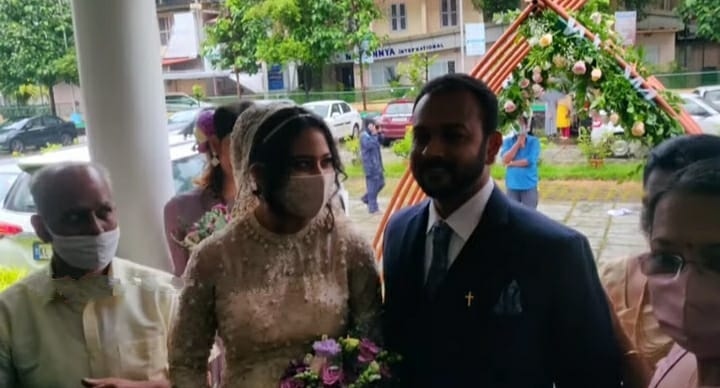 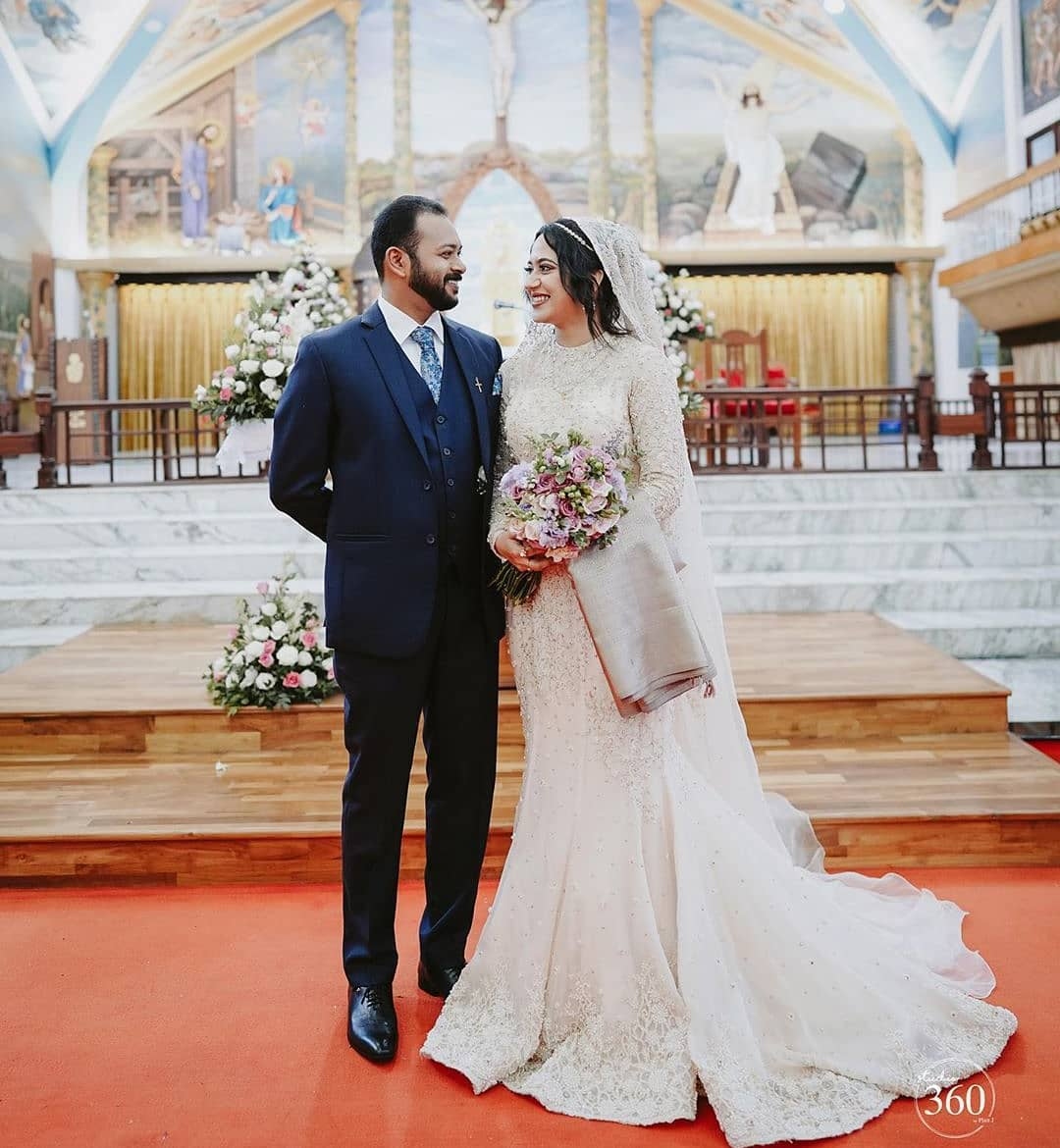 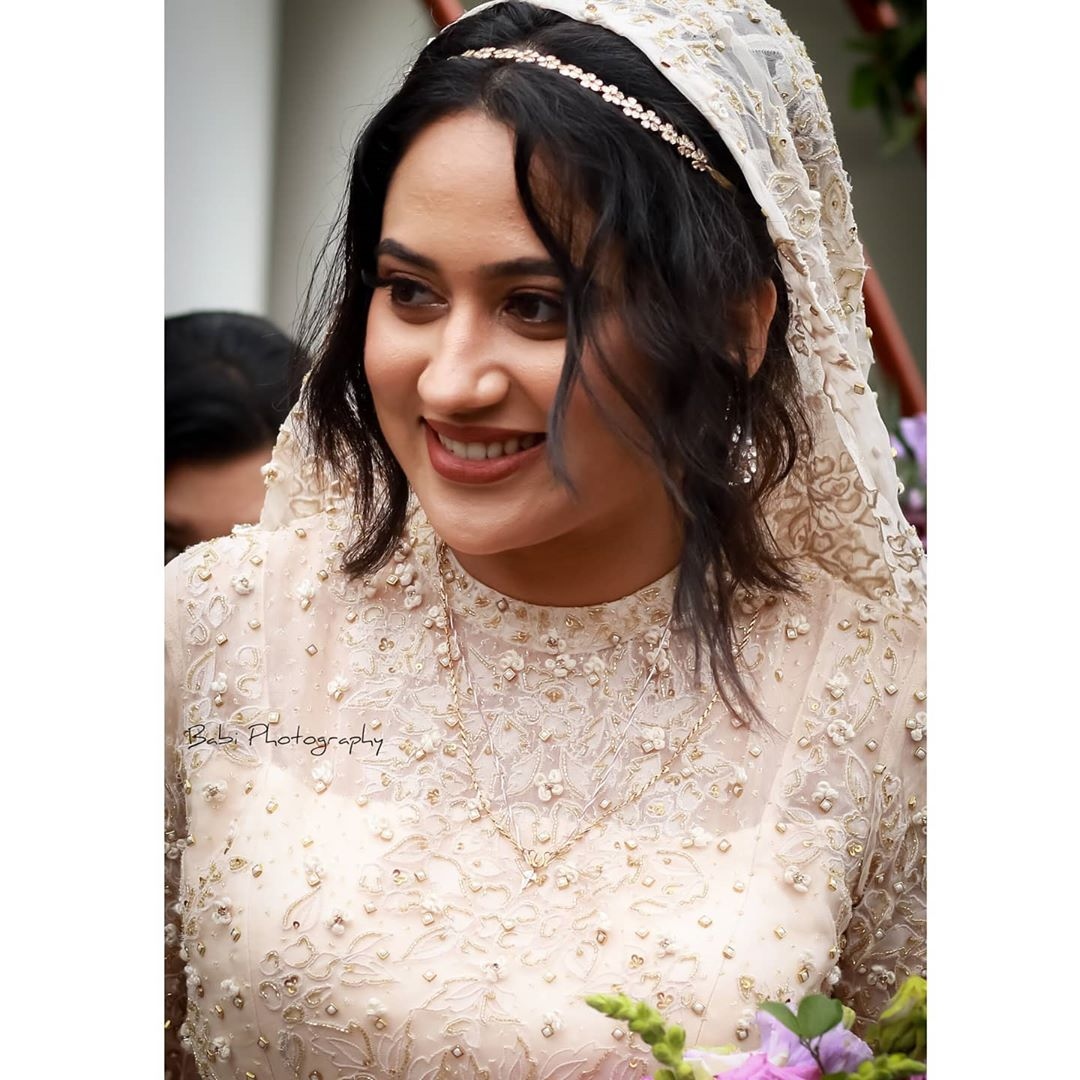 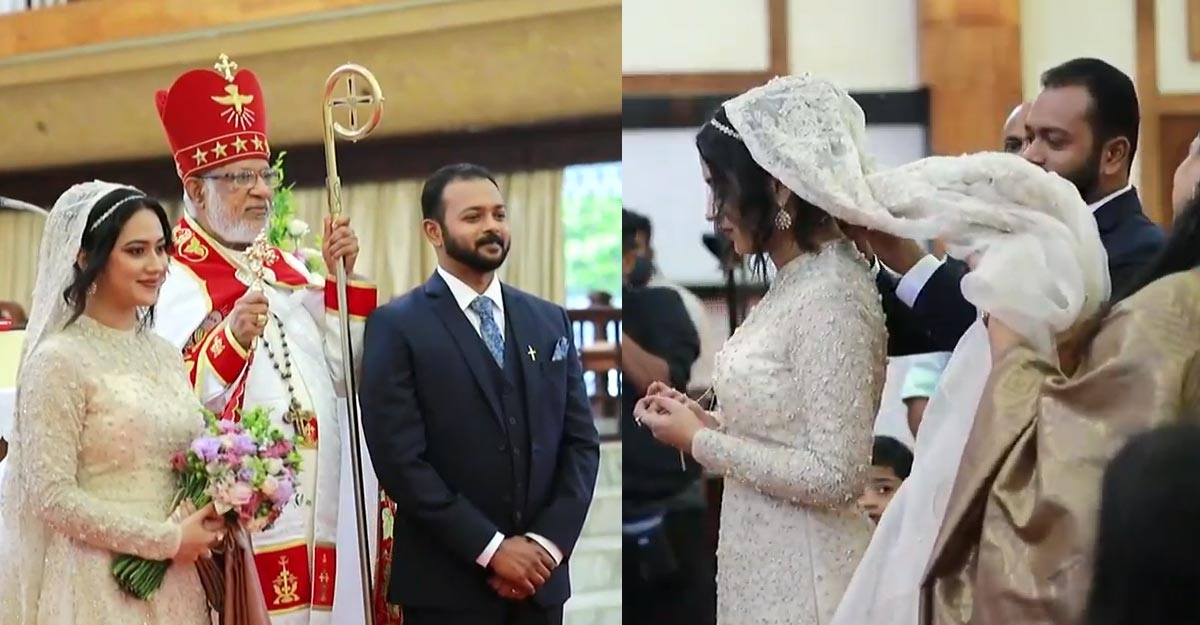 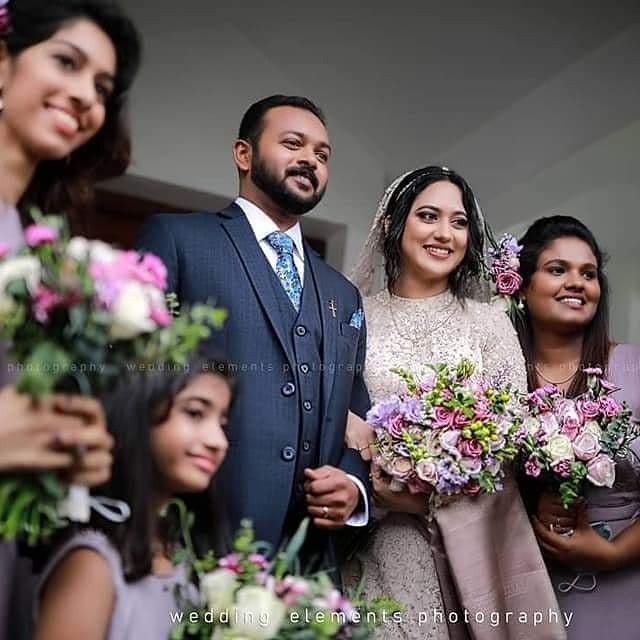 On the work front, Miya was recently seen in Malayalam superhit Driving Licence along with Suraj Venjaramoodu and Prithviraj. Her upcoming releases are Vikram’s Cobra and Boban Samuel’s Al Mallu.

Samantha Akkineni extends sympathies to Rakul over report on drugs

Okay, so tell us who loves you the most in this world? Of course, your family but we are not talking about them. It’s your dog. Yes, you have read it right. And the best thing is that no matter what, your little furry friend would never judge you (never ever). Even if people whom you love the most leave your side, your dog would always stay. (We are not crying, you are crying).

To be honest, dogs have actually set a precedent for loyalty and selfless love. They have taught this world how to be with someone even in the worst situation. Probably, that’s why we also love our furry friends a little more than others. (They totally deserve all of our attention)

You can take a look at the amazing pictures we have collected just for you to show how loving dogs are. Awww!

This dog, called Kelly, has an official license to fly a plane as a co-pilot. Her owner, Graham, first took her up in a plane when she was three months old. She’s been flying ever since.

This man was left with nothing except his dog when his wife left him. His four-legged friend has helped immensely to keep his spirits up, inspiring him to take a series of hilarious photos of his pet.

This dog’s owner passed away in 2006. Straight afterward, the dog escaped and headed for the cemetery where he was buried. She’s refused to leave his graveside ever since.

This stray dog saved Georgia Bradley when she was attacked. Six days after she took the dog home, it gave birth to six puppies.

Two years ago, photographer John Stortz took this snow-white dog home from a shelter. Since that day they’ve become inseparable, and the dog – who goes by the name of Wolf – features in most of John’s photoshoots.

This little boy called Dylan and Farley the dog was born on the same day. Now, they think they’re brothers. If Dylan starts to cry, Farley licks his neck to make him laugh.

This golden retriever called Brook helps kids cope with the fear they get from visiting the dentist.

When Theron Humphrey first saw this dog in a shelter, he said to himself that he couldn’t leave her there. Now, they’ve already traveled through every state in the USA together.

This dog helps children deal with the stress of appearing in court. She helps them find the courage, to tell the truth and not block out the experiences they’ve been through.

This is the way dogs are made: they love us unconditionally, try their best to keep us safe, and don’t expect anything in return. Friendship and loyalty for them are golden.

Doctor Mike is now famous as one of the most attractive doctors the internet has ever seen. But something tells us he couldn’t have achieved his fame without the help of his beloved husky dog, Roxy.

It’s always great to have someone ready to help you at work.

Kelly Lund always takes his dog Loki with him when travels around the world. And she is clearly very happy to come along!

This dog, called Poh, has a terminal disease. Her owner Neal Rodriguez decided to take her on an adventure to make sure her final months were spent in joy.

Mallory Paige traveled through Alaska on a motorcycle. Her best friend on the trip was her dog, Baylor.

This elderly dog is called Chester. He was taken home from a shelter despite having just a few days to live. His family wanted him to feel happiness and love before he passed away.

A photo that represents thousands of people’s experiences: despite living on the street, this dog refused to abandon its owner.

Dave Meinert saved this dog from bad owners when it was still a puppy. It’s not certain how long it will live for, so Dave takes a photograph of them together every day. Dave is thankful that they can be together right now.

This dog is scared by the sirens of fire trucks. And it’s obvious who she turns to when she’s worried.

Colors TV serial Ishq Mein Marjawan 2 is up for new storm in Vansh and Ridhima’s life with the villainous entry of Devraj in their life.

Vansh and Ridhima are on their mission to catch the real mastermind and the person who attacked them.

What will happen next in Ishq Mein Marjawan 2 is quite hard to digest as Ridhima is going to be getting killed by the bloody hands of the mystery enemy.

Ridhima’s life in danger Soon the mystery enemy will kidnap Ridhima and making her unconscious and almost dead, he will lock her in a trolley bag.

Ridhima’s life is going to face a horrible time when the enemy will plan her scary murder by locking her inside the bag and making the bag float in the water.

When Ridhima is almost on the verge to die, this is going to be highly intensified to watch if Vansh could save his Ridhima before it gets too late.

Urmila Matondkar on the nepotism debate: During Rangeela, I was written off like no other actor in the history of cinema

Nepotism is one of the most heard/talked/spoken word amidst lockdown. It all began again after the tragic demise of Sushant Singh Rajput on 14th June 2020. Kangana Ranaut gave a whole new turn to the debate by exposing group-ism, camp-ism, lobby culture to it. A lot of people have since then opened up on their struggle in the industry and the infamous nepotism debate. Urmila Matondkar who grabbed headlines when she slammed Kangana Ranaut for her remark on Mumbai and the drug bust opened up on her ordeal when she was a newcomer in the industry. Also Read – Urmila Matondkar on the nepotism debate: During Rangeela, I was written off like no other actor in the history of cinema

Urmila Matondkar began her acting journey at a very young age. On the nepotism debate, the actress said that she had never denied the existence of nepotism in the industry and struggled a lot after her first film. While talking to Barkha Dutta, the Daud actress said, “his word called ‘nepotism’, if I start talking about it, I will have to talk for quite a few hours. The amount of it that I have faced, in spite of being from Mumbai, was quite alarming, to say the least. There was some 16-17 new girls who were introduced that year and out of them, some eight or nine of them were somebody or the other’s daughters. I will tell you a few of them – Raveena Tandon, Karisma Kapoor, Pooja Bhatt, Kajol, lots of them.” Also Read – From Hrithik Roshan to Karan Johar, 7 personalities Kangana Ranaut had ugly spats with

She opened up on the time when she was written off for everything that she did. “After my first film, I made a decent name for myself as a good dancer and a decent actor, and yet, I struggled tremendously. By the time I was doing Rangeela, I was written off like no other actor in the history of cinema. ‘She makes faces’, ‘her language’…everything,” Urmila added. She also spoke about how she was written off in magazines as there was no social media back then. The actress also opened up on how she was not nominated for her performances in the film. Also Read – Urmila Matondkar on Kangana Ranaut’s ‘soft porn star’ remark: Will those who opposed Shiv Sena’s slur against her, comdemn this too?