On Tuesday, actress Vidya Balan shared a throwback picture with Mollywood superstar Mohanlal. The actress took to her Instagram stories to share the picture that was clicked during the shoot of her debut Malayalam movie titled ‘Chakram’.

Saying that she was not looking bad then as she thought she was, Vidya also revealed that the film got shelved after the first schedule due to unknown reasons.In the picture, Vidya is seen in a red churidhar while Mohanlal looked young and charming sporting a moustache. 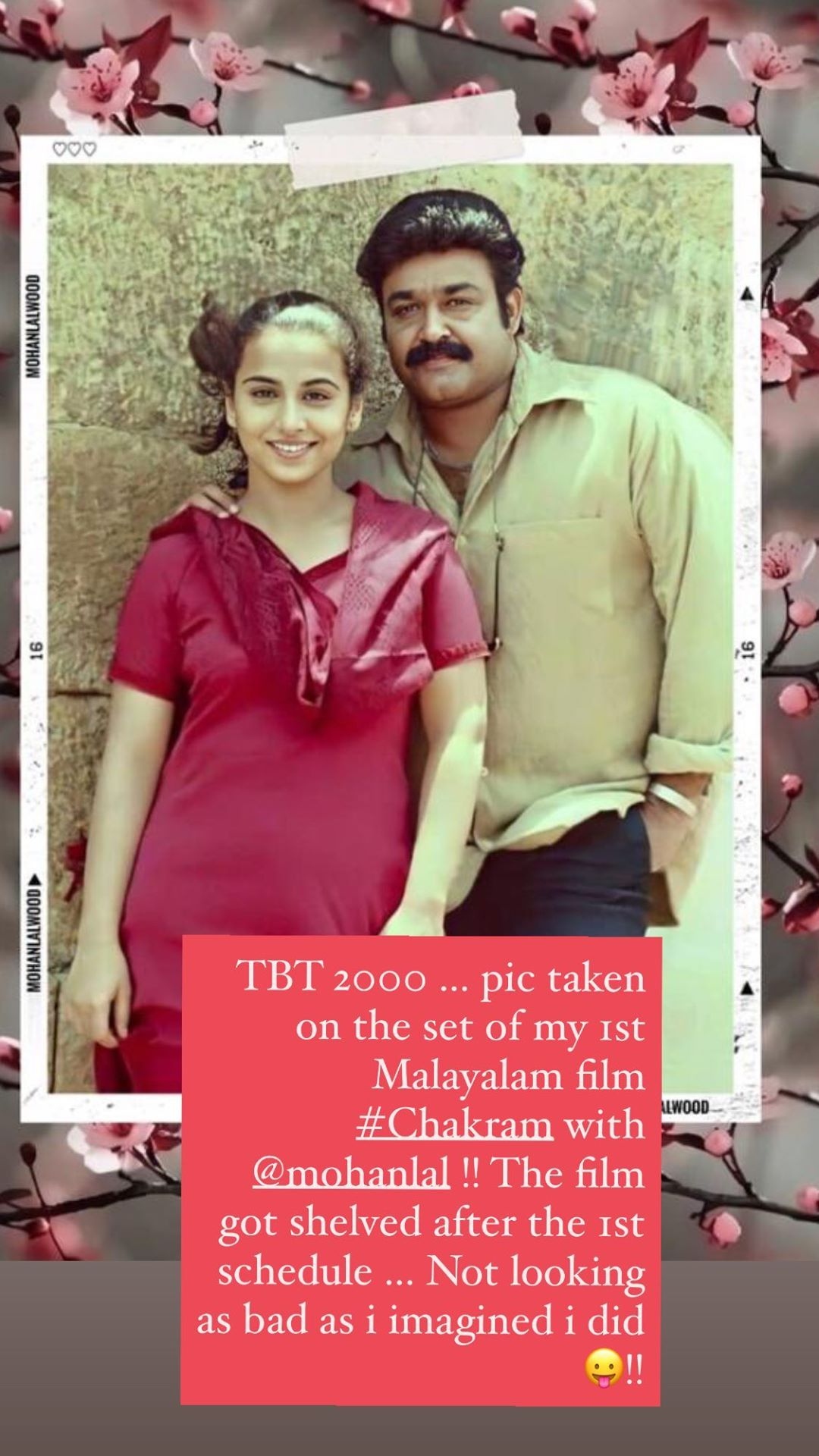 “Tbt 2000…pic taken on the set of my first Malayalam film #Chakram with @mohanlal! The film got shelved after the first schedule…not looking as bad as I imagined I did,” she wrote. 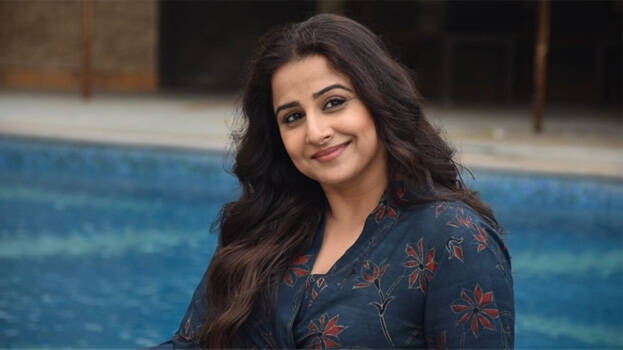 Vidya Balan made her acting debut with the 2003 Bengali movie ‘Bhalo Theko’. In Bollywood, she made her debut with ‘Parineeta’ in 2005. In her successful film career, the actress has also appeared in Malayalam film ‘Urumi’, Telugu movies ‘N.T.R: Kathanayakudu’ and ‘N.T.R: Mahanayakudu’, and Tamil film ‘Nerkonda Paarvai’. 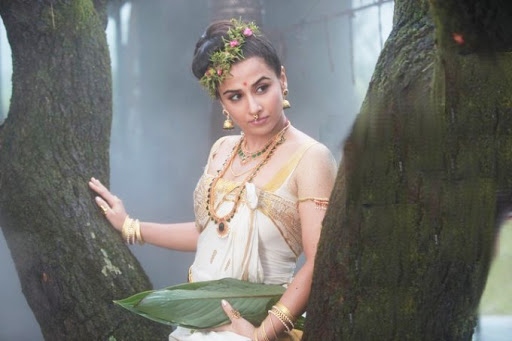 Vidya who was last seen in the biopic Shakuntala Devi, released on Amazon Prime Video, will be next seen in Amit Masurkar’s next project titled ‘Sherni’.

27 Hardworking Dogs Who Deserve Employee Of The Month Award

Emmy Awards 2020: A Complete List Of All The Winners Who Won Big At The Virtual Ceremony

The 72nd Primetime Emmy Award was held on Sunday evening and many shows like Watchmen and Schitt’s Creek swept away awards in different categories. Hosted by TV star Jimmy Kimmel, the 72nd Emmy Awards 2020 were held virtually this year due to the unprecedented Coronavirus pandemic, due to which, there was no red carpet or live audience to cheer the celebrities’ wins. More so, Zendaya became the youngest star at 24 to receive an award for her work in Euphoria. Take a look at the complete list of winners here:

Outstanding lead actor in a limited series or TV movie

Outstanding lead actress in a limited series or TV movie

Supporting Actor in a Limited Series or Movie

Supporting Actress in a Limited Series or Movie

Also Read | India, Maldives Will Support Each Other In Fight Against Health, Economic Impact Of COVID-19: Modi

Supporting Actor in a Comedy Series

Supporting Actress in a Comedy Series

Supporting Actor in a Drama Series

Supporting Actress in a Drama Series

Also Read | India, Maldives Will Support Each Other In Fight Against Health, Economic Impact Of COVID-19: Modi

Tushar Hiranandani’s directorial Saand Ki Aankh starring Taapsee Pannu and Bhumi Pednekar is just a month away from its release. Taapsee and Bhumi will essay the characters of India’s oldest shooters, fondly called ‘Revolver dadis’. The film deals with the story of the life of shooters ‘Chandra Tomar’ and her sister-in-law ‘Prakashi Tomar’ from Uttar Pradesh. Reportedly, Taapsee and Bhumi have put in tremendous efforts in learning their characters in depth.

At the trailer launch event of Saand Ki Aankh movie, Taapsee and Bhumi revealed their struggles while shooting for the film. Taapsee said that Bhumi learned shooting during the initial days of their training and also that it took her too long to imbibe the character in depth. In an interview, Taapsee Pannu also expressed that the film has an intense story and also that she crossed her fingers each time she reached the sets. She spent almost three months in Johri, Uttar Pradesh, where the film was shot, learning about the culture, people and ethics.

Read | Saand Ki Aankh: What Is Aamir Khan’s Connection With This Film?

Saand Ki Aankh trailer hit 12 million views on YouTube within a day of its release. The three-minute visual looked intensifying, portraying Taapsee and Bhumi in aesthetically traditional characters. The trailer begins with a male character essaying that the sport of shooting is only for men, and not women. The film talks about how Taapsee and Bhumi’s characters learned shooting so that they do not have to live an oppressed life, similar to their grandmothers in the film. The latter part of the visual shows how Taapsee and Bhumi fight against society to overcome the obstacles they face while winning the medal for ‘the best shooter’ in the country.

Saand Ki Aankh is slated to release on October 25. The makers and the cast of the film has been frequently expressing their excitement for the film’s release on social media. The posters, teaser and the trailer of the film have certainly set the anticipation bar high.

Read | Saand Ki Aankh ‘one Of The Most Special Films’, Says Bhumi Pednekar

Sai Pallavi’s Tamil Movies That You Must Add To Your Watchlist; From ‘Diya’ To ‘Maari 2’

South diva Sai Pallavi is well-known for her unique and peculiar style of acting. She began her acting venture by essaying brief roles in the Tamil movies Kasturi Maan and Dhaam Dhoom, before starring as the lead actor in Premam, which garnered massive recognition for her. Sai is a multi-lingual actor who has impressed viewers her stints across Telugu, Tamil and Malayalam cinema. Here we have collected all her Tamil films that should be added to your watchlist.

Directed by AK Lohithadas, Kasthuri Maan is the Tamil 2005 remake of the director’s own Malayalam film. Featuring Prasanna and Meera Jasmine in the lead role, the plot of the movie essays the life of a young college girl. The film unveils how she helps her love in realising his dream of becoming of IAS officer amid dealing with personal problems of her own.

Released in 2008, Dhaam Dhoom is an action-thriller flick helmed by Jeeva shortly before his demise. Bankrolled by Sunanda Murali Manohar, the film is based on the 1997 American movie titled Red Corner. The premise of the film revolves around the life of an Indian doctor, who gets framed for a murder while attending a medical conference in Moscow.

ALSO READ| Sai Pallavi’s Dance Songs That Will Make You Groove; From ‘Rowdy Baby’ To ‘Vachinde’

Starring Sai Pallavi and Naga Shourya in the lead role, Diya is 2018 horror movie helmed by AL Vijay. Bankrolled under the banner of Lyca Productions, the plot of the film revolves around the life of Thulasi who becomes pregnant at 19 with her lover Krishna’s child. Their family take a decision of aborting the child and after five years, they get married leaving their past behind. However, soon they realise that their unborn child, Diya has always been with them invisibly.

Maari 2 is a 2018 Tamil action-comedy flick directed by Balaji Mohan. Serving as the sequel to 2015’s Maari, the film features Dhanush, Sai Pallavi, Tovino Thomas and Krishna in pivotal roles. The premise of the movie showcases how gangster Maari gets pitted against Beeja, a hot-headed criminal who thinks of himself as the God of death.

NGK aka Nandha Gopalan Kumaran is a political action flick, penned down and helmed by Selvaraghavan. The movie stars Suriya, Sai Pallavi and Rakul Preet Singh in prominent roles. The story is based on the life of an uneducated do-gooder who is forced to enter politics to serve the society. However, the old guard creates havoc in his life.

ALSO READ| Sai Pallavi To Rakul Preet Singh, Find Out What The South Celebs Were Up To This Week