Coming from a humble background, working in his father’s glass cutting business and participating in stage plays in humorous roles, Kumaravadivel Natarajan who didn’t have formal education, never dreamt he would scale greater heights and reach an ultimate, unimaginable position, and become a household name in Tamil Nadu, residing in the hearts of Tamil people all over the world as the legend we now know as Vadivelu.

While he had an uncredited appearance in T Rajendar’s En Thangai Kalyani, it was a chance meeting with Rajkiran during a train journey that lead Vadivelu to bag a role in Rajkiran’s En Rasavin Manasile becoming his official debut.  Initially, Vadivelu was seen as a sidekick of Goundamani – Senthil combo, and after movies like Kadhalan, Vadivelu slowly started making his presence felt as a solo comedian.

Despite the presence of comedians like Vivek, Charlie, Thamu, Chinni Jayanth around, Vadivelu started making a mark with his unique body language, typical Madurai slang and humorous moments. Vadivelu formed popular collaborations with actors like Parthiban, and directors like Sundar C and Suraaj over the years, and steadily built his career to become one of the most sought after comedians of Kollywood.

Vadivelu, besides developing his comedy tracks also developed a team of co-stars in his tracks like Singamuthu, Lakshmanan, Muthukaalai, Halwa Vasu, Bonda Mani and many others and formed an unmatched team of comedians. Besides comedy, Vadivelu also was an excellent actor, whom director Vetrimaaran referred to as a natural actor only next to Sivaji Ganesan in Tamil cinema.

Vadivelu also proved himself as a supporting actor, a performer with his powerful performance overshadowing even the leads in movies like Em Magan. After playing lead roles in movies like Imsai Arasan 23am Pulikecei, Tenali Raman etc, the actor’s career had a setback after several issues which have kept him on a break for the past few years. 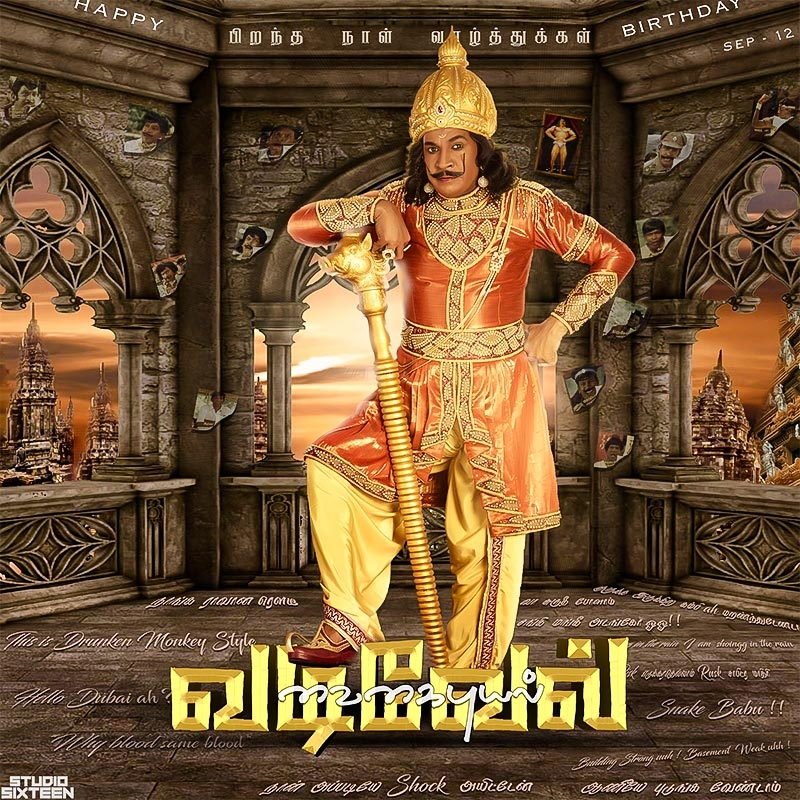 Despite not being active in the industry for more than four years, Vadivelu has been a part of our lives by making an appearance every minute in one tv channel or the other, with his dialogues being mouthed by every other person in the industry as well as by the public. There’s a Vadivelu comedy for every life situation, and Vadivelu is God as far as meme creators are concerned as he has provided them with unlimited templates helping their growth.

Irrespective of his activeness in films, Vadivelu is an omnipresent personality who has been constantly brightening our days with his unforgettable and unique comedies, and has been entertaining people of all ages. With reports of Vadivelu making a return with Kamal Haasan starrer Thalaivan Irukindraan and Mysskin’s movie with Simbu, it can be expected that the actor will be back in action and full form to do what he’s best at – making people laugh.

It’s said, an apple a day keeps a doctor away. A Vadivelu joke a day, keeps the troubles of your mind away! Wishing the evergreen comedy doctor Vadivelu a very happy birthday!